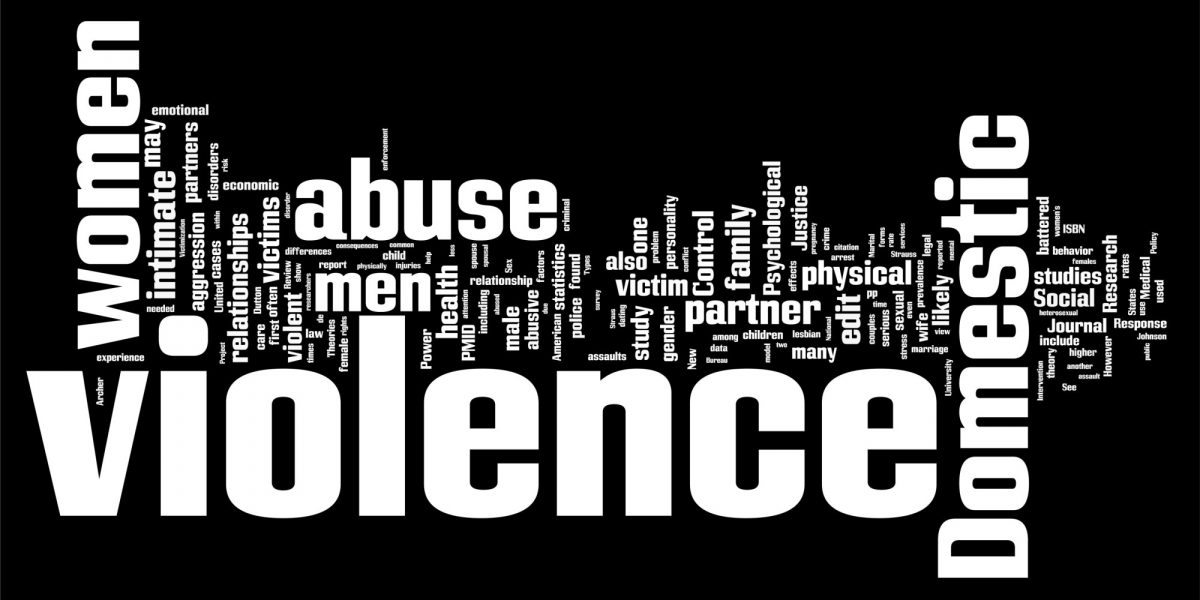 South Africans have become desensitised to violence. At times it feels like violence is everywhere. Many men in South Africa feel like and act like they are entitled to be violent. Growing up as a queer kid I moved around feeling like violence is imminent. Many parents use violence when raising their children. Sometimes teachers at school enforce discipline by beating children – despite the fact that this is illegal. They do not call it assault. Instead, they call it “spanking” or “giving a hiding” and sometimes they call it corporal punishment. We are a society in which physical assault is often viewed as normal, as something that should be expected and accepted.

Like many people, I read about and watched in disbelief the scenes of violence outside Luthuli House this past week. There has been an urgent need for us as South Africans to think differently about violence, all kinds of physical violence. Considering our violent history, colonisation and then apartheid, you would think there would be many community initiatives, an array of government policies and initiates, violence reduction education programmes, all aiming to reduce the violence in our society and the damage that it does.

The woman, Olivia Makete, being kicked by Thabang Setona, and the other women being bitten with sticks was a disturbing sight. There has been collective outrage about the scenes of violence, rightfully so, and the ANC even suspended Thabang Setona and he gave himself over to the police. But what many fail to understand about the scenes of violence outside Luthuli House is that they are not isolated. They are part of the way South Africans are in the world. We are a people conditioned to believe that physically harming another person solves problems. We are a people that talk about violence boastfully and at times jokingly. We have all kinds of euphemisms to talk about violence as if it’s a nice thing.

Many people in South Africa believe that children should be beaten when they misbehave. Recently the beating of children has been rejected by the Commission for the Promotion and Protection of the Rights of Cultural‚ Religious and Linguistic Communities in South Africa. Parents are urged to find different ways to make children understand right from wrong.

Many have rallied against the groundbreaking court ruling that beating children is unconstitutional, citing that the court is overreaching. This argument is interesting because many people agree that the government must intervene when children are being abused or mistreated at home. At the same time, they do not believe the state should intervene when parents assault their children as a way of enforcing discipline. Many have argued for corporal punishment using all kinds reasoning to substantiate the continued use of violence. Some of the reasons are about culture, and the potential collapse of society if children are not beaten for misbehaving. Wessel van der Berg does a good and clear job of deconstructing the myths surrounding corporal punishment in a piece published by News24 in 2016.

Violence affects boys and girls differently because we treat girls and boys differently, and often boys and girls are punished for different reasons. Boys who experience violence end up perpetrating violence, like we saw Thabang Setona and the other men who had sticks outside Luthuli House.

Girls who experience violence grow up accepting that violence is something that happens to women and that’s just how it is. When we beat boys we condone violence, we say to boys beating someone up will solve a problem. When we beat girls we condone violence, we say to girls being beaten is part of their life and they must accept it. Gender violence is ubiquitous in this country because we are raised to think that men beating women is an inevitable part of our gendered natures. This is something we have constructed, and this is something we have the power to change.

South Africans beat children when they misbehave, to demonstrate right from wrong, and to show who is the adult. Men beating grown women operate on the same axis, in that men see themselves as adults who teach women right from wrong, correct misbehaviour, and demonstrate who is the adult, thereby demonstrating who has the power in relationships. So gender violence is ubiquitous in South Africa because as a society, particularly men in this society see women as children and therefore deserving corporal punishment. The scenes outside Luthuli House are disturbing, but great illustrations of this. Outside Luthuli House you see men – young men, beating women – older women, with sticks, in the same manner, many adult South Africans beat children. The infantilisation of women is palpable.

Perhaps we use violence so much because we are broken. Perhaps we use violence because we feel powerless. Perhaps violence is a sign of not being in control of one’s destiny. Perhaps men feel small and inconsequential – a smallness that is a product of patriarchy, and by beating women they can feel better about themselves. If any of this is true, then the onus is on us to change the way we raise boys, to consciously construct different ways of being a man in the world, and to unequivocally reject violence in its many manifestations.

I was also taken aback by the outrage over the scenes outside Luthuli House. The very “outrage” that many were showing over violence emphasised the “vulnerability” of women. Many emphasised how women should be protected instead of focusing on how men should STOP perpetrating violence. Violence is what needs to stop.

How we think about violence, as a way to solve disputes is what is the problem. The structured power that men have over women is the problem. The “vulnerability” of another human being looks different if you are not looking to physically assault them. Many talk about the vulnerability of women as if it’s natural, but men manufacture the vulnerability of women in South Africa by continuously perpetrating violence against women. If as a society we eliminate physical violence towards women, women immediately stop being “vulnerable” to violence.

The violence outside Luthuli House comes after I received a message from my mother, that my cousin has a court appearance because he physically assaulted his wife. The parents of my cousin, my uncle and aunt, apparently were begging the girlfriend to withdraw the charges she made against him. I told my mother to advise her not to drop the charges. Eventually, she dropped the charges because my aunt and uncle pressurised her to do so and she relented. When I saw the scenes outside Luthuli House, and I thought about my cousin’s wife, the injustice of it all was overwhelming. As I said, at times it can feel like violence is everywhere.

This is the province that has rallied behind the closure of cinema’s showing the provocative movie Inxeba, a movie that speaks to some of the violent tendencies contained in Xhosa cultural practices. Something I have written about elsewhere. If only the people in the Eastern Cape rallied against gender violence in the same manner they rally against Inxeba. Crime Statistics from the South African Police for the 2015/2016 year show that there were 164, 958 common assaults and that there were 182, 933 assaults with the intent to inflict grievous bodily harm. These are the recorded assaults. There are thousands of unreported assaults. How many of those assaults do you think were perpetrated by women?

The problem with the situation of my cousin, and many other physically violent men in South Africa is that with silence, with covering up, with withdrawing of charges, by turning the other cheek, with ignoring the signs, by not believing women, by silencing kids who are victims, by encouraging boys to be violent, by expecting girls to accept violence, by infantilising women, we make it safe for men to continue to perpetrate physical and other kinds of violence on women.

We have to make it unsafe in South Africa for men to perpetrate violence. James Baldwin once said, “Any real change implies the breakup of the world as one has always known it, the loss of all that gave one an identity, the end of safety.” What James Baldwin is alluding to here is the need to forsake ourselves and all that we have been taught about gender. We need to be aware of the ways that masculinity functions in our society and device strategies to create an equal society, starting with bringing up girls and boys who are not defined by their anatomy and are not taught violence as a way to teach right from wrong.

We all have a role to play, particularly men, in making South Africa a country where violence, gender violence doesn’t exist. That begins with us making it unsafe for men like Thabang Setona and his ilk to perpetrate violence against women.