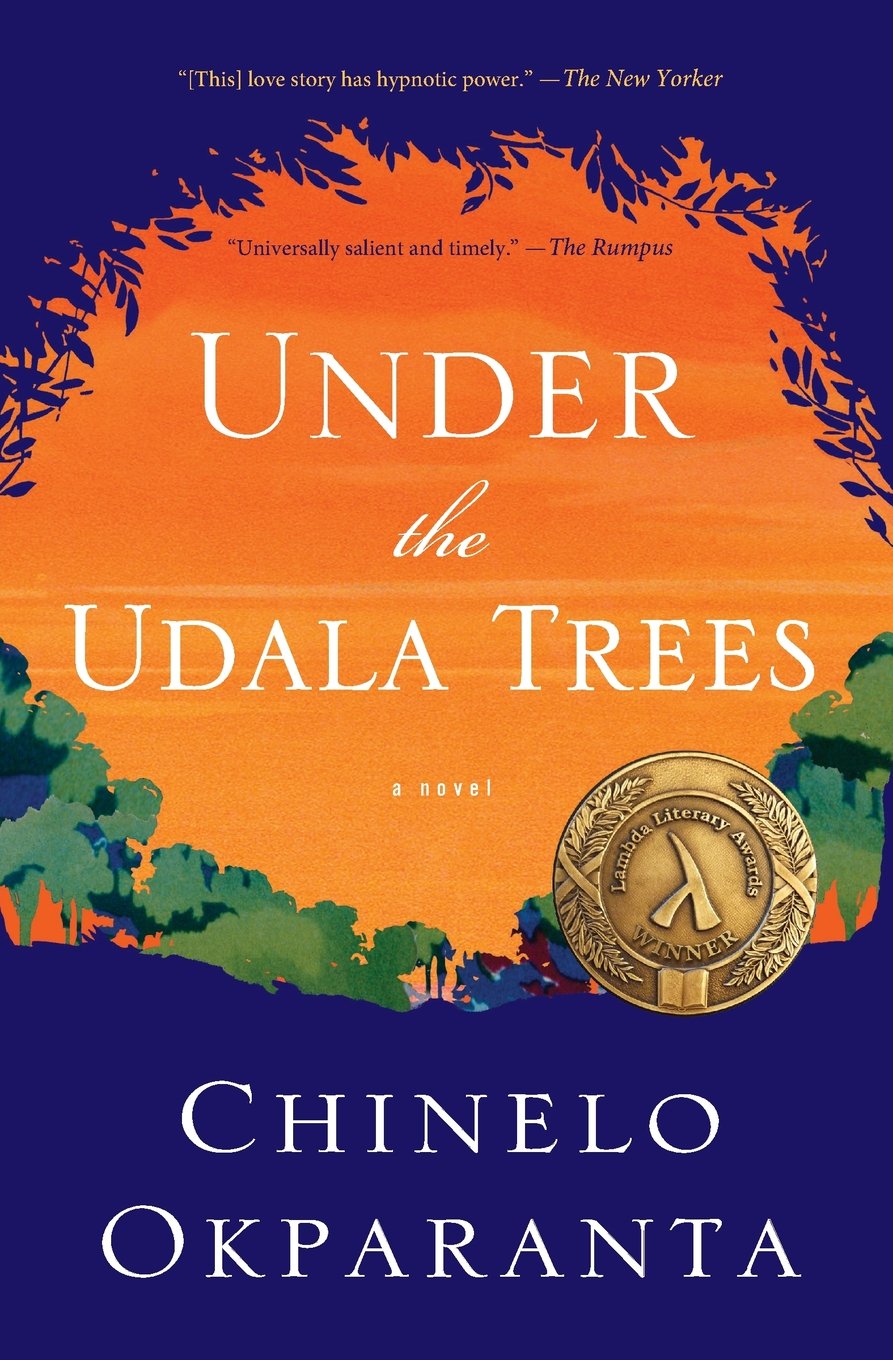 I have nothing against the penis, it’s the life support system that comes with it which I object to. – Marianne Thamm

Some literatures only come around once in a lifetime and when they arrive, they make the best use of their advent and leave the readers more enlightened, the world more habitable and our differences tolerable. Matter of fact, Chinelo Okparanta made her debut in a grand and impactful way and her memories will go a long way in African literary history. Her first novel Under the Udala Treesis remarkably devoid of most of the avoidable errors that many first time novels emerge in— stunning, witty, bewitchingly manipulative and still yet simple; little wonder Under the Udala Trees has become a favorite amongst most literature lovers in 2017. She has a masterful description of Nigeria during the civil war and her gory images of war are almost as frightening as her theme.

Under the Udala Trees is a humane account of a tongueless love that dares not speak in African society, an unconventionally truthful narrative of a love— innocent and young between Ijeoma and Amina which is cut up with demeaning stares and accusing fingers. It reflects the different facets of love— sensual, unforgettable and dangerous.

She did in a creatively new way what lesbian and radical feminists have been up and about trying to deconstruct— the omnipotence of the phallus (man) in any hetero-patriarchy. This is readily apparent in the characterization of her lesbian protagonist Ijeoma who has set her mind to always believe that “[a] special man friend was the last thing on [her] mind” (137) but will always cherish her bonding with Amina and Ndidi and eventually forego her marriage and family just to be with Ndidi her lesbian partner even though in the society, women are made taboo to other women not just in sex but in comradeship too. This characterization and trope is grounded in Adrienne Rich’s (1996: 136) essayCompulsive Heterosexuality and Lesbian Existence where Rich argued that

Lesbian existence comprises both the breaking of a taboo and the rejection of a compulsory way of life. It is also a direct or indirect attack on male right of access to women…a form of naysaying to patriarchy, an act of resistance

This “resistance” according to Rich is what Chinelo offers in Under the Udala Trees as the subversion and inversion of fixed gender roles, stereotype of women as weak objects, emotionally and sexually needful of a man, the negation of sexist’s notion of women and femininity as only for “reproduction and nurturance, whereby being a woman is trapped in a single function— mothering” (Irigaray, 1981). The characterization of Ijeoma in Under the Udala Trees provides a voice for African Lesbian feminists who are emerging daily to deconstruct hetero-normativity and the superiority of the male sex over the female.

Chinelo will be known as the writer who captures dangerously bewitching themes that are however a break from the overt sociopolitical and stale thematic preoccupation that most African literature is known to be shrouded in. Under the Udala Treesreconsidered the flawed and bias laws of subjugation affecting non-normative bodies and identities in Africa’s strict sexuality.

We tend to undermine the graceful issues lying prominently in this narrative if we dismiss it as only a lesbian narrative, and even at that, Chinelo brought to fore a totally digressive arm of lesbianism which screams in loud tones that women are fixed categories on their own and don’t necessarily need the phallus economy to survive.  This book is about a number of issues, ranging from the mutability of gender roles, subversion of patriarchal hegemony, homophobia, politics, feminism, wars (physical and psychological wars), childhood, innocence and growing up. It has overlapped the tiny canvass of just another LGBTI literature and proffers ideological models that are sure to capture any reader’s attention.

Chinelo did her research so well that after going through this literature, the reader in the end leaves her world unsure of his/her sexuality. This literary feat is applaudable for it has gone a step further to enchant the readers’ psyche and toss it around accordingly to suit the writer’s orientation. Worthy of mention is the place of psychology in the text; the writer shows mastery of the human psyche by instilling psychical cause and effects factors that lead to certain behavioral patterns in man. For instance, it isn’t just a random plot that portrayed Ijeoma as orphaned at a tender age or emotionally detached from her mother, for this factors contributed in forming the main character’s personality. Worthy of mention is also the place of dreams in the narrative. The writer uses dreams to represent reality in symbols, thereby unearthing the subconscious of characters, that part of them that is hidden from the outside world. This masterful feat can be further appraised by psychoanalysts to determine the various shades of events that predispose characters to a certain personality trait.

The feministic notion in Under the Udala Trees can not be overestimated. This text launches a different degree of African feminism, a radical and searing one at odd with anything masculine and tends to encourage women to channel their love and affection towards other women, distancing the feminine sex from anything masculine. Okparanta carved her protagonist to be a desiring subject rather than a timid “object”, emotionally and sexually self- sufficient, a deviant, a heretic, an undomesticated female, a lesbian just to counter the hegemony of patriarchy and contends that because the lesbian makes love to another woman outside the limit of procreation, she stands as the ultimate threat to hetero-patriarchy and jeopardizes the supremacy and omnipotence of masculinity. So basically, Chinelo stands in the same group with radical feminists like Audre Lorde, Luce Irigaray, Judith Butler, Adrienne Rich and a host of others who proffer that the feminine body is unique and has its own “specificity” which is totally at odd with heterosexuality and by extension masculinity.

Chinelo Okparanta’s Under the Udala Trees is a timely gift to the whole world— a perfect template of simplistic artistry and humane sensibility— a sensibility valued far above its beauty, its edification above aesthetic valor. Even though her perceptions seem keener than her vocabulary, she demands not just to be read but to be experienced. This ‘Madonna of books’ will literally dislodge your rigid view of sexuality and open up boatloads of possibilities to what you initially consider rigid polar of gender and sexuality. The uniqueness of Under the Udala Treesis that after all said and done, the literary acuity and the enchanting arguments it creates a future more hospitable to differences and tolerant to “otherness”; it tenders that to be one to be different is a good thing; to accept the right to be different is better; and more so to realize that some persons are born different is maybe even best.

Eugene Yakubu holds a B. A English Literature from Ahmadu Bello University, Zaria, Nigeria; and is currently running a postgraduate program and research on queer studies and LGBTI narratives in African literature. He lives in Nigeria where he teaches, writes and hopes to publish a novel someday. He can always be spotted in a crowd with a novel and a poker face. You can reach Eugene Yakubu at: yeugene78@gmail.com View all posts by Eugene Yakubu